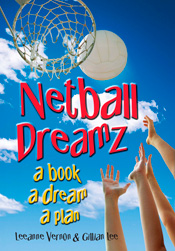 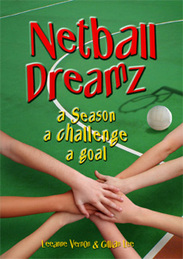 
"Awesome book; great story with exciting new skills. I wish I had it when I was young. Fantastic!"
Bianca Chatfield  Australian World Champion Netballer

Over 4000 copies sold and still the most loved cover!
Order from
http://www.netballdreamz.com


"Wow! What a great fun story. It also has heaps of tips for helping make you a complete netballer who's positive and in peak condition."
Sharelle McMahon
Australian Diamonds Netball Captain